Humanity is exceptionally ungrateful to the many inventors who, with their mundane inventions, have made modern, comfortable life possible for the great majority of us. We’re little shits, trying to pretend people like Abraham Lincoln, Winston Churchill, and fucking Ronald Reagan deserve all the credit for making the world what it is, when the mechanisms that allow us to not die at 30 and to focus our lives on making money and writing blog posts are probably just as important. 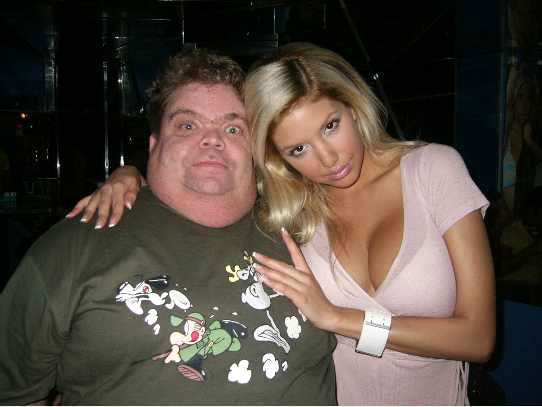 Even the dumbest guy knows that, unless you’re an alpha, it’s hard to get laid. A few lucky, muscular assholes get all the pussy while the rest of us get laid irregularly or are still virgins well into our twenties. This is where the Pick Up Artist (PUA) industry has come in, to help wayward souls get some pootang. PUAs teach valuable tips and tricks to us NEETs and other betas get laid. It’s a big, multi-million dollar industry, and these PUAs are making loads of money selling ebooks and teaching classes.

A certain user on our forums commented that there’s some sort of problem with Atheism, that it’s somehow as much of a faith as other religions:

Many people today blindly worship an aberration of science known as “scientism”. Instead of critically analyzing and testing new information through the scientific method, they implicitly devour feeds like I Fucking Love Science or other popularizers, which simply showcase techno toys or advances in medicine/spaceflight to sell you the civil religion of progress. New Materialists like Tyson or Dawkins will make simplistic arguments that their fanboys rarely interpret analytically, which I think has fostered a hivemind on Reddit and other sites. Mind you, this doesn’t mean I’m against aspects of scientific thought. Those who use advances as a surrogate activity to live for need a little help, though.

It’s time for this anti-anti-religious argument to die, so I’ll make a new one, solely focused on my non-religious experiences. And I have a big one to kick it off.

After news broke that Facebook and OKCupid have performed psychological experiments on their users, it seems like perfect timing to admit that we at Dark n Edgy have been experimenting on our users too. In fact, Dark n Edgy is actually a psychological experiment jointly commissioned by the NSA and CIA. We know you’re shocked, yet also terribly flattered, that you have been used to advance the national security interests of the United States, and we know you must have many questions. However, we must first thank all of you for participating.

The Dark n Edgy experiment (Codename: Lunatic House) was created to examine the effects of the creation of idiosyncratic social norms among autists and sub-autists. This is useful in our research of the social norms of online terrorist groups, which have been found to have much the same organization and structure as online autist forums. We seeded the forums with multiple “fake” users (who shall remain unidentified) to drive the forum conversation, whilst allowing the rest of the users to post freely with almost no interference with their freedom of speech. Our findings were interesting, to say the least.

We have come to the conclusion that you are all retards.

Freedom fighters from the cat-v front fell off and exposed the oppression coming from the part of the cisgender, Apple-loving “brogrammer shitlords” from “Hacker News”. In the words of one such cis scum,

We’ve actually seen Clang be the leader in some cases, offering improvements that have then been implemented in GCC sometime later (like better diagnostics, colored diagnostic messages…

Users are urged to stick to GCC since Apple has been overrun by oppressive cisgender white males as opposed to gay white males since August 27, 1999.

Next time, the DnE Blog shall shed insight into proper pronouns for programs.